According to food lore, Spaghetti Carbonara is a relatively new addition to Italian cooking.. In fact, one of the theories is that Spaghetti Carbonara came about due to food shortages during World War II.  Another theory is that coal miners may have invented the dish.  (I’m not buying that theory.) Or… that the black specs of freshly ground black pepper – and you should add a good amount of pepper – resemble coal dust lying atop a bed of spaghetti mixed with eggs and cheese.  Actually, who cares where or why the recipe originated?  We love it because it’s easy to make and delicious!

Like spaghetti and meatballs, there’s an unlimited number of ways to prepare Spaghetti Carbonara.  While living in Malta I found a recipe very much like the ‘Popeye’s Spaghetti Carbonara’ served at our favorite restaurant, to which I added peas simply because that’s how it was served.  WHAT??… you’re probably thinking.  Yup – peas. And now I have to tell you how the making of the movie Popeye in the small island country of Malta led to a chef naming his version of Spaghetti Carbonara “Popeye’s.

If you’re not familiar with the character called Popeye, you may not know he always eats a can of spinach (yuck..) to give him strength.  It seems the chef preferred adding peas, as opposed to Popeye’s spinach, to the Spaghetti Carbonara dish named Popeye’s, and I think he made the right call.  Enjoy!! 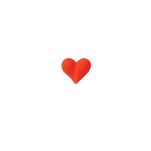 ++  Reserve some of the pasta water.

Eggs should be room temperature, so either take them out earlier – or place them in small bowl with very hot water.

Following the directions on the box, cook 12 ounces (3/4 of a 16 oz. package) al dente, which means the pasta shouldn’t be too soft.  Add 2 tsp. salt to the cooking water.

While waiting for the water to boil and the pasta to cook,  cut up the bacon (or pancetta). If using bacon, cook in a skillet over medium-high heat until crisp. If using pancetta , it should be lightly brown but not crisp. Place cooked bacon or pancetta on a paper towel lined plate.  Drain skillet of bacon grease and wipe skillet with paper towel.

Add 1 Tbs. olive oil to skillet. Cook 1/3 cup chopped onion over medium heat until cooked through and just beginning to brown.  Put onions on the plate with the bacon.

Now it’s time to make the sauce.  In a medium bowl whisk together 2 whole eggs – and 2 egg YOLKS, 2/3 cup grated good-quality Parmesan cheese, ½ tsp. salt and lots of freshly ground black pepper.   ++ If you chose to include the 1/2 cup WARMED heavy (whipping) cream, whisk that in now.   Set bowl aside.

Microwave 1/3 cup peas with a small amount of water (about 3 Tbs.) and cook for 3 minutes.

When spaghetti is ready, drain it – reserving some of the pasta water.  Place drained spaghetti back in the pot. Replace pot on turned off burner.  Add onions, bacon and peas. Pour on the egg & cheese mixture and stir to combine.

Think the sauce is too thick?  Add a bit of the reserved pasta water.

After you’ve plated your spaghetti, remember to add a generous amount of freshly ground black pepper!  And there you go – dinner is served!

As you can see below, the sauce should be creamy and stick to the pasta.  Unlike Spaghetti Alfredo, the pasta will not be swimming in sauce. 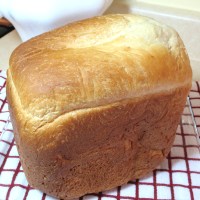 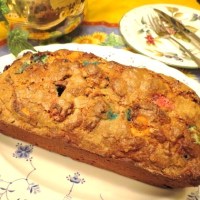 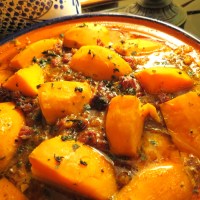 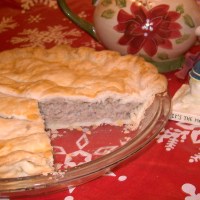 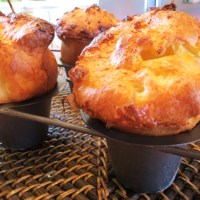 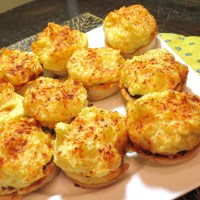 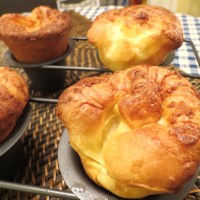 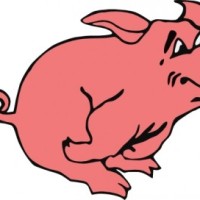